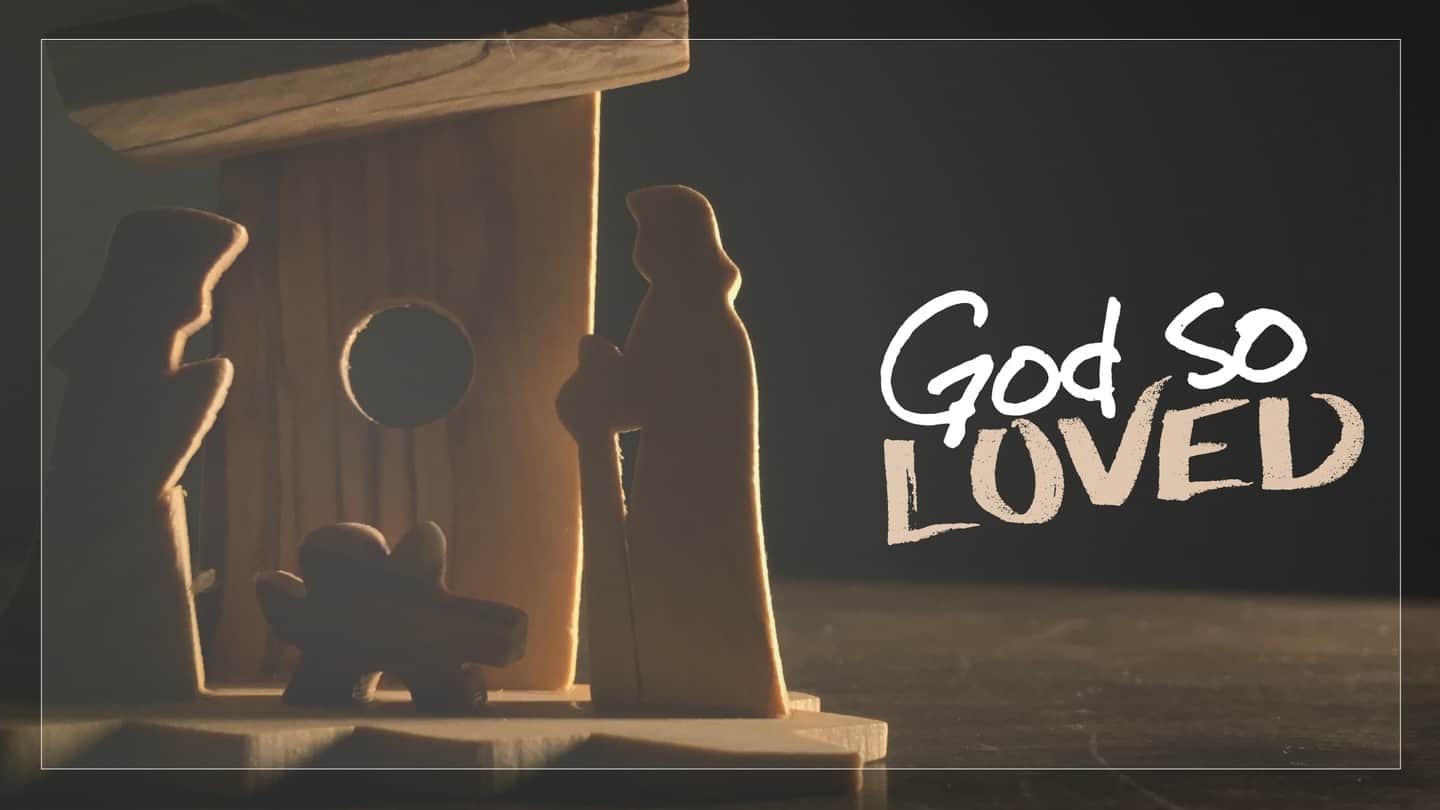 For God so loved the world that he gave his one and only Son, that whoever believes in him shall not perish but have eternal life. For God did not send his Son into the world to condemn the world, but to save the world through him.

And there were shepherds living out in the fields nearby, keeping watch over their flocks at night. An angel of the Lord appeared to them, and the glory of the Lord shone around them, and they were terrified. But the angel said to them, “Do not be afraid. I bring you good news that will cause great joy for all the people. Today in the town of David a Savior has been born to you; he is the Messiah, the Lord. This will be a sign to you: You will find a baby wrapped in cloths and lying in a manger.” Suddenly a great company of the heavenly host appeared with the angel, praising God and saying, “Glory to God in the highest heaven, and on earth peace to those on whom his favor rests.” When the angels had left them and gone into heaven, the shepherds said to one another, “Let’s go to Bethlehem and see this thing that has happened, which the Lord has told us about.” So they hurried off and found Mary and Joseph, and the baby, who was lying in the manger. When they had seen him, they spread the word concerning what had been told them about this child, and all who heard it were amazed at what the shepherds said to them.

There are over 300 prophesies pointing to Jesus’ life, death and resurrection. Jewish leaders had picked out scripture that supported a messiah they desired. It wasn’t that the scripture was wrong they just didn’t use all of it. Often times, we only use the scriptures that support our desires.

Fifty-four percent of all holiday gifts were exchanged or altered last year, according to data from e-gift platform.

John 1:43 The next day Jesus decided to leave for Galilee. Finding Philip, he said to him, “Follow me.”44 Philip, like Andrew and Peter, was from the town of Bethsaida. 45 Philip found Nathanael and told him, “We have found the one Moses wrote about in the Law, and about whom the prophets also wrote—Jesus of Nazareth, the son of Joseph.”46 “Nazareth! Can anything good come from there?” Nathanael asked.

Matthew 9:10 While Jesus was having dinner at Matthew’s house, many tax collectors and sinners came and ate with him and his disciples. 11 When the Pharisees saw this, they asked his disciples, “Why does your teacher eat with tax collectors and sinners?”12 On hearing this, Jesus said, “It is not the healthy who need a doctor, but the sick.13 But go and learn what this means: ‘I desire mercy, not sacrifice.’ For I have not come to call the righteous, but sinners.”

Because of preconceived ideas, Jesus did not fit any of the ideas of what a Messiah would look and act like.

3. The opportunity is in the need not the want.

Matthew 6:7 And when you pray, do not keep on babbling like pagans, for they think they will be heard because of their many words. 8 Do not be like them, for your Father knows what you need before you ask him.